Producers with sufficient elevation or excess water flow can generate on-site perpetual power for water-efficient pivot irrigation with in-pipe, hydropower generating turbines.
Cost is forever increasing on all inputs, which is why Yampa, Colo., rancher, Tyler Snyder, is quite pleased with his decision to upgrade his flood-irrigated hay fields with six hydro-powered T-L Irrigation pivots. 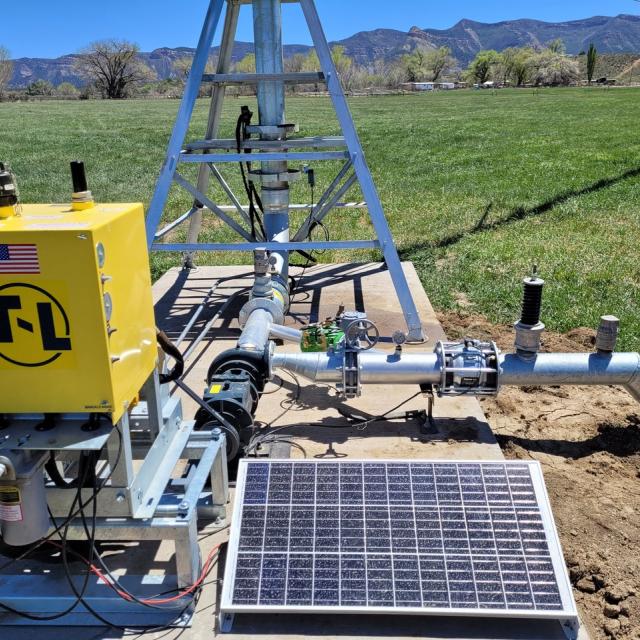 An in-pipe turbine generates all power needed on site at no cost beyond initial installation — which qualified for NRCS EQIP cost-share programs. Additionally, water passing through the turbine in pressurized pipes is protected from evaporation and seep loss. Nearly every drop of purchased water makes it to the field where it’s evenly distributed with the steady forward movement of T-L pivot hydrostatic drives. Snyder says yields have increased, water goes further, and significant power costs have been avoided.

He notes the cost of power—either electric or diesel to run a generator—are also ever increasing. “It would probably cost us $15,000 in power to run an electric pivot for 25-30 days. Our energy cost is zero with T-L pivots and turbines. We pay for water and minimal maintenance.”