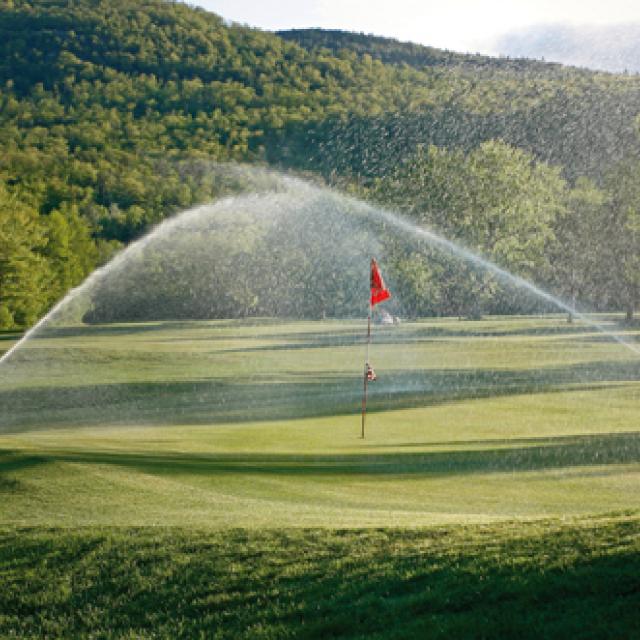 In France, the upgraded sites basically become golf renovation sites. The work generally relates to the greens, bunkers and also the irrigation section.

Renovating the irrigation installations of the ageing golf courses

The pipes and ducts laid on the golf courses in the nineties are made of PVC and their life expectancy is 30 years. Most of the primary networks built at that time are damaged and experiencing serious leakage problems.  An overhaul has become necessary since then.

For the irrigation section, it is envisaged that the renovation work will proceed in the following manner:

- Either all in one go, completed in one year, which requires significant investment. This is possible when the golf club has several courses. Thus, one course is closed to the public while the other one remains open, and vice versa.

- Or the renovation work is staggered over several years: during the first winter, the greens will be overhauled; then the tees the following winter and, finally, the fairways will be renovated during the third winter.

It will then be necessary to choose a consultant and put together a dossier for the renovation work.

The consultant will carry out a study of the irrigation system and outline the technical specifications, while respecting the client’s demands and expectations.

Previously, on the fairways, we used to have one single row of sprinklers and between 200 and 250 multidirectional spray heads, compared with 2 to 3 rows of sprinklers, depending on the width of the fairway, and 800 spray heads today. This new sprinkler layout could produce a 20 to 30% saving on water. This may seem paradoxical but the more sprinklers there are in an installation, the more you save on water.

The software has also evolved. In the nineties, we used to apply water to wet the soil. Nowadays, we have a made-to-measure irrigation system, which is efficient and uniform with the proper overlap.

Adding the sensors and weather stations

The weather station connected to the software is going to allow the user to calculate an actual ET value and, on a daily basis, to increase the amount of water applied at night via the software. The ET is calculated from a formula that takes into account the following parameters: temperature, rainfall, wind speed and solar radiation.

When the weather station is able to give a depth of water, it would be worthwhile for the green keeper to retrieve the data as a water depth and not as irrigation run time. In such cases, irrigation is operated in ET-mode and not in “run time” mode.

This is important because each night our soil is replenished with the correct amount of water.  No more, no less. Please remember that 1 mm of water corresponds to 1 litre per square metre, i.e. 10 m3 per hectare, and that is a lot of water…

However, a golf club’s yearly budget for water (for those that use potable mains water) is 200,000 to 300,000 €. Therefore, seen in this light, the investment for acquiring a weather station is not so high if we consider the amount of water that can be saved as a result.

The sensors, whether they are fixed or portable, calculate the soil moisture content, by combining a number of parameters (conductivity, temperature…).

To my knowledge, there is no sensor as yet that can be connected to an automatic irrigation software, so it, in fact, acts as a decision support tool for the superintendent who is going to use it to decide whether to increase or decrease irrigation.

The sensor will also be used to adjust the parameters of the weather station (see below).

Each solution has its advantages:

• the fixed devices record the data on a phone or computer but this could pose a problem regarding the representativeness of one Green or several Greens on a golf course.

• The portable sensors have to be moved but they allow several playing areas to be measured and they do not have the problem of interfering with the mechanical operations that are becoming increasingly common on the Greens.

Finally, perhaps I should have begun by asking the question: why should a sensor be installed? To improve the quality of the playing area or to save water.

If it is to help prevent over-watering, that is logical, but once again, the green is not the most important area of a golf course.

According to the golf clubs, 65 to 70% of the water used is consumed by the fairways, which are the most important playing areas and often the most ‘over-irrigated’. In this case, why not also use the sensors on the Fairways in order to suspend irrigation and in the same way save on water, electricity, inputs…

I will end by advising you to run this information past an agronomist who will provide a more specific (any possibly more relevant) overview of the soil and plant requirements. 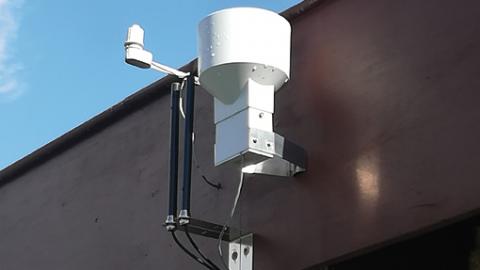 Deployment of irrigation-related sensors and probes 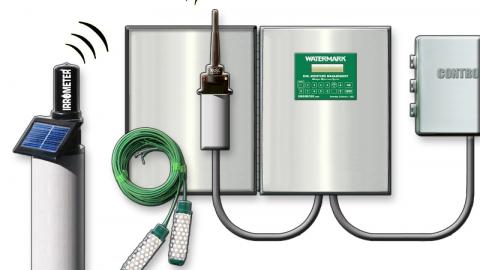 Irrigating the green spaces and saving water: how to use the programmers and sensors? 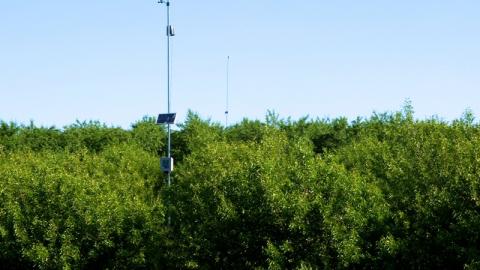 The use of soil moisture sensors for irrigation scheduling: a survey carried out to assess the options currently available