Editorial : 2015, A YEAR THAT GAVE US CAUSE FOR CONCERN

As we come to the end of 2015, a year that brought a number of tragic events and some good news, we realise that we have to get used to living in an ever more uncertain environment. 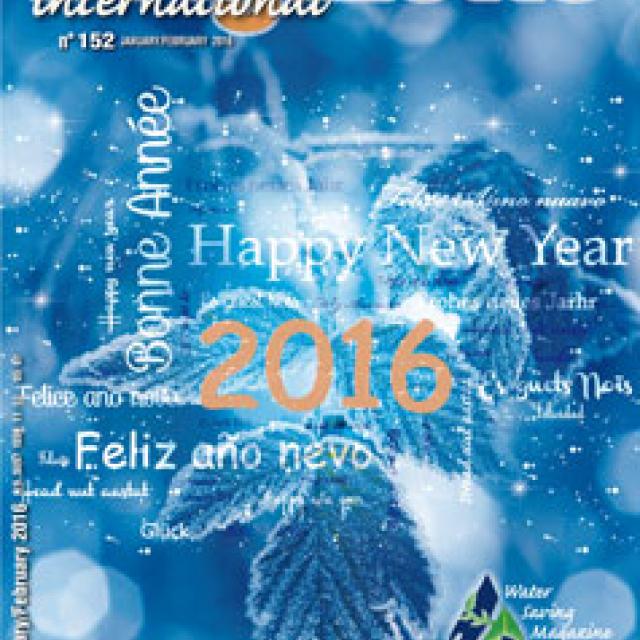 As we come to the end of 2015, a year that brought a number of tragic events and some good news, we realise that we have to get used to living in an ever more uncertain environment.

Amid all the turmoil and chaos that we have seen in 2015, a certain pattern is emerging though: there has been an increase in all kinds of acts of violence, violent words, violent terrorist attacks, violent climate change with its catastrophic floods, cyclones and other unpredictable events of destruction. Gone are the days when we could say that the world is becoming more peaceful. The “Arab Spring” is now no more than a distant memory.

On the other hand, an incredible new dawn of awareness has begun, illustrated, in the first place, by the diplomatic triumph of COP 21, which brought together all the countries of the world onto one single climate-change crusade, but we will still have to wait until 2023 to see the results; and secondly, by the fact that a number of American millionaires, including Mark Zuckenberg, are giving over the majority of their wealth to research and innovation above all other considerations.

Finally, and this is without doubt the most important, the planet is becoming swamped with new technologies that will enable us to start thinking about a safer, cleaner tomorrow: solar energy, hydraulic power, energy efficiency, nuclear power, forests, wind power and many more.

So 2015 will be remembered as a year that was full of contradictions but also one that brought some hope and expectations. Will this be for better or for worse? Only time will tell! Meanwhile, let’s carry on irrigating with the hope that it will make our planet a greener and more hospitable place.